Firefighter burned his hands while cutting ventilation hole on the roof 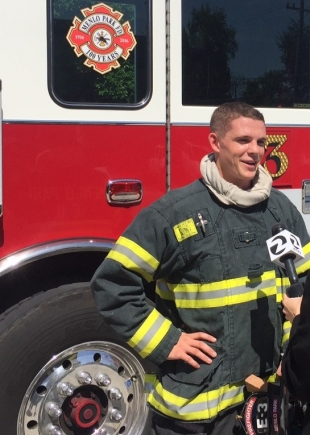 Probationary firefighter Carlos Carpenter had to rescue his captain after a roof collapsed under him as they fought a fire on Aug. 18, 2017. Photo courtesy Menlo Park Fire Protection District.

The Almanac contributed to this report.

A reminder of the risks first responders take on behalf of us all.

Speedy healing to your hands and heart, Mr. Brovelli.