'Next to Normal' is a powerful tearjerker | News | Palo Alto Online |

'Next to Normal' is a powerful tearjerker 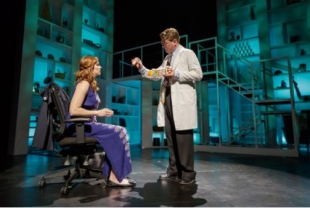 Diana (Caitlin McGinty) recieves an astonishing array of medications from her doctor (Brendan Quirk) in "Next to Normal," presented by Broadway by the Bay. Photo by Mark Kitaoka and Tracy Martin

Can you Pay to Reduce your Carbon Footprint?
By Sherry Listgarten | 8 comments | 2,122 views

You Can Help: Scents and Migraines
By Chandrama Anderson | 0 comments | 1,863 views