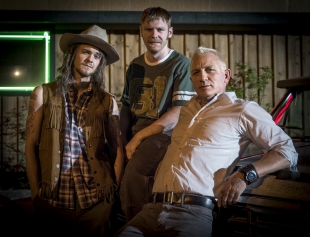 Two brothers attempt to pull off a heist during a NASCAR race in North Carolina. Photo courtesy of Amazon Studios.

Portland's Thai food darling Pok Pok will be popping up on the Peninsula this spring
By Elena Kadvany | 2 comments | 3,754 views

Flying: How to lower your impact
By Sherry Listgarten | 19 comments | 3,010 views