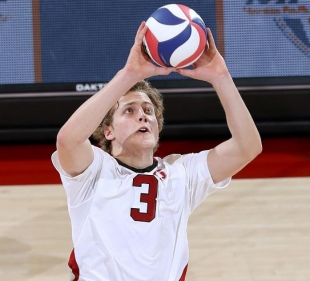 Stanford sophomore Paul Bischoff is among several Stanford players who will compete at the World University Games. Photo courtesy of Stanford Athletics.