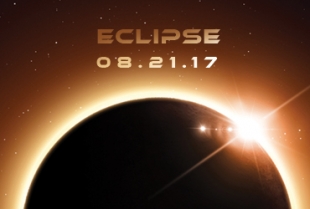 The Weekly will be collecting your social media posts of the eclipse. Include #PaloAltoEclipse in your posts to be featured in our article. Image by the Weekly.

Number 1 safety tip: do not try to drive your car and watch the eclipse at the same time.

^ unless you are streaming it to your cellphone.

Like this comment
Posted by Parent
a resident of Another Palo Alto neighborhood
on Aug 17, 2017 at 2:17 pm

Are the schools doing their own thing or is there any oversight from PAUSD on how they should handle this?

@Parent, hope for cloudiness all morning. (Seasonal coastal stratus.)
Watch the action on TV. This too shall pass.