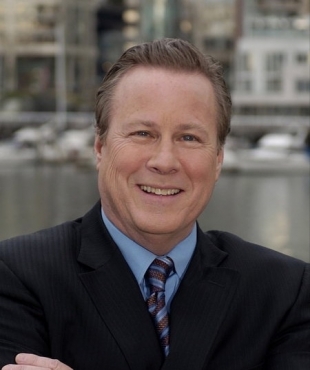 >%gt; Actor John Heard, best known for his role as the father in the movie "Home Alone,"

Heard was a very good actor. He had many real roles other than this cartoon type movie where
he played a cartoon dad.

Heard was one of my favorite actors of his time ... the late 70's and 80's. "Chilly Scenes of
Winter" and "Mindwalk" are two of my favorite movies, and they have real parts with real acting,
different from "Home Alone" which I would not waste a minute of time to watch.

So sad that Heard passed away. Condolences to his family and friends ... rest in peace John.

As a non-medical-professional, lay person with long-standing hypertensive disease, it would seem if Mr. Heard's diseases were known, as they should have been, he probably shouldn't have had the surgery or been released so early after he did have it.
Is this coroner covering for Stanford?

Report Objectionable Content
Email Town Square Moderator
14 people like this
Posted by CrescentParkAnon.
a resident of Crescent Park
on Aug 16, 2017 at 10:36 am

GrandmaKK, that was my thought as well.

I am curious if the reporter could find out what is the deciding factor
to determine if Mr. Heard's heart attack was related to surgery or pain
pills or not, and with all the legal problems some of the drug companies
have had with their pain medication and increases rates of heart attack,
is there something here that is being glossed over?

Report Objectionable Content
Email Town Square Moderator
6 people like this
Posted by GrandmaKK
a resident of Midtown
on Aug 16, 2017 at 11:07 am

Report Objectionable Content
Email Town Square Moderator
9 people like this
Posted by Neighbor
a resident of Greenmeadow
on Aug 16, 2017 at 12:35 pm

Sheesh, everyone, why does everything have to be a conspiracy theory? That someone chooses to recuperate in a hotel after an outpatient surgery makes perfect sense if they live out of the area. Maybe it was best to stay around for the post-surgical follow-up visit. Being hypertensive and having heart disease doesn't preclude you from having a surgery needed to improve function or reduce pain, it just means that precautions are put in place.

Please be respectful and don't taint someone's memory with accusations of illicit drug use when you have absolutely no access to factual information.

The V has an excellent physical therapy for those having surgery at Stanford Hospital, and they also have very good food.

Report Objectionable Content
Email Town Square Moderator
6 people like this
Posted by PM
a resident of Old Palo Alto
on Aug 16, 2017 at 2:18 pm

Stanford has became very bad in treating patients & very good in overbilling.
Not sure who's a current chief of staff, when it was Dr.Weinacker, it was much better