Isn't she a doll? 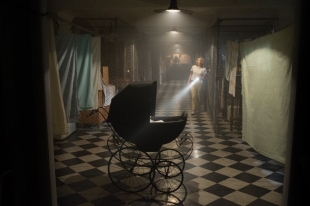 Soon after a nun and several girls from a shuttered orphanage move into the home of a dollmaker and his wife, they become the target of the dollmaker's possessed creation, Annabelle. Photo courtesy of Warner Bros.