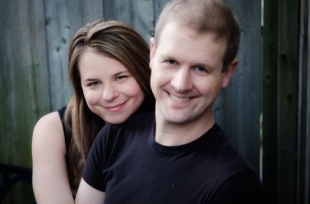 Irene Sankoff and David Hein are revising their first musical, "My Mother's Lesbian Jewish Wiccan Wedding," based on their own story. Photo by Alixandra Gould

ElaineB is a registered user.


I am so looking forward to the New Works Festival. There is so much wonderful, creative energy.