Keys powers to victory in Bank of the West Classic final 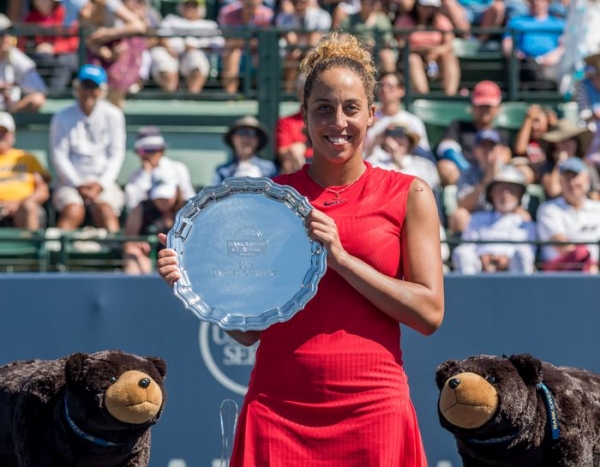 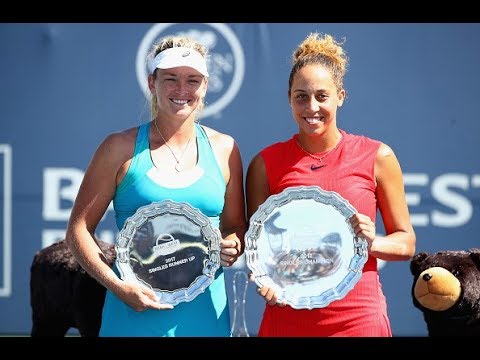 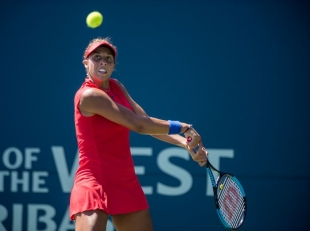 Madison Keys during her 7-6 (4), 6-4 victory over CoCo Vandeweghe in the singles final of the Bank of the West Classic on Sunday. Photo by Harjanto Sumali.

Two performers with similar styles met in the Bank of the West Classic singles final and the 2,389 fans on hand Sunday at Stanford were treated to some power tennis. Slugger’s paradise.

Madison Keys and CoCo Vandeweghe went back and forth, exchanging powerful serves and rocket groundstrokes. From early on it appeared likely that the first one to blink and have their serve broken was going to end up on the short end of this matchup.

The first time either serve was broken came late in the second set when a Vandeweghe double fault put her in too deep a hole to dig out of and Keys grabbed a 5-4 lead.

The 22-year-old Keys, who won the first set 7-6 (4), then smelled the kill and pounced with high energy and motivation and slammed home four consecutive winners to take the game, set and match.

Winning the Bank of the West Classic is quite an accomplishment for Keys, who missed the first two months of the season with a wrist injury. She upset No. 1 seed Garbine Muguruza in the semifinal and then captured her first title on American soil while bringing her record on the season above the break-even mark at 9-7.

“It definitely feels really really good,’’ said Keys, who is coached by former Bank of the West champion Lindsay Davenport. “Now I feel like I’m on the right track.’’

Vandeweghe was also going for her first WTA championship in her home country.

Vandeweghe said she became friends with Keys at the Fed Cup in Australia.

Both displayed powerful serves Sunday. And while Vandeweghe was not averse to charging the net to try to put away a point, Keys stayed back and let her groundstrokes do the talking.

“When you play CoCo you have to step up and be aggressive,’’ Keys said. “If you give her an easy ball she’s going to hit a winner.’’

And as for playing someone with such similar attributes -- the big serve, the power-laden groundstrokes -- Keys was asked, is that a good matchup for her?

“It can be,’’ Keys said. “But you need to serve well and match her. If she gets a break the match can go the other way.’’

Good event. Entertaining and well-put-together by WTA and Stanford. We are lucky to have something like this in our backyard. There are hardly any pro tennis tournaments, men or women, left on the West Coast.

A Pragmatic Approach to A Trillion Trees
By Sherry Listgarten | 1 comment | 3,061 views

The University of California’s flexible policies during COVID-19
By John Raftrey and Lori McCormick | 6 comments | 2,202 views

Repairing a Disagreement with your Beloved & “Physical” vs. “Social” Distancing
By Chandrama Anderson | 1 comment | 1,797 views