With 'The Many Faces of Farce,' Stanford Repertory Theater poses serious questions about funny business 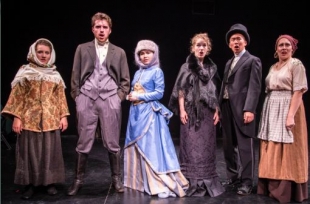 Nice to see something about the influence of Chekhov on Meyerhold. Sometimes the connection is not always apparent although Chekhov had a strong avant-garde streak as well. This is testified by Vakhtangov's treatment of Chekhov who took a more unorthodox approach. There are two films which explore some of these themes: "Meyerhold Theatre and the Russian Avant-garde" and "Vakhtangov and the Russian Theatre" For more info see Web Link or Web Link

Nice review! I saw the play and recommend it too. I wish I had read the above review to better understand the second act of the play.