Steffens remains in contention for NCAA Woman of the Year 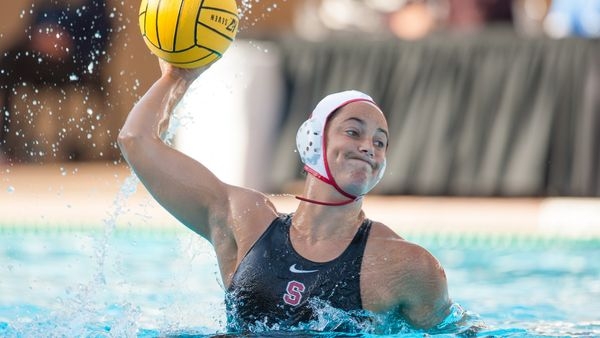 Maggie Steffens has advanced from record pool of 543 school nominees and remains eligible for consideration for the 2017 NCAA Woman of the Year Award. 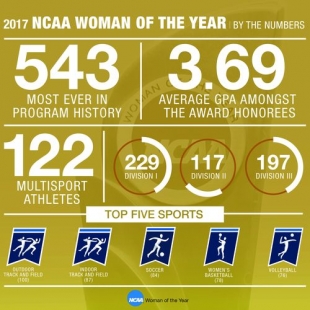 Maggie Steffens has advanced from record pool of 543 school nominees and remains eligible for consideration for the 2017 NCAA Woman of the Year Award.

From the original group of 543, conferences and an independent selection committee chose 145 student-athletes to continue their candidacy for the award, which honors graduating female college athletes who have exhausted their eligibility and distinguished themselves throughout their collegiate careers in academics, athletics, service and leadership. Steffens is one of 58 to have competed at the Division I level and the only water polo player among the 145 nominees.

For the first time, nominees competing in a sport not sponsored by their school's core conference were placed in a separate pool to be considered by a selection committee.

Steffens and Liberty field hockey's Serena Barr were the two to advance under this new provision. Stanford competes in the Mountain Pacific Sports Federation in women's water polo along with four other Pac-12 institutions and two others that are primarily a part of the WAC and Mountain West.

It was a banner senior year for Steffens. In addition to being named ACWPC and MPSF Player of the Year, she also was named a Pac-12 Tom Hansen Conference Medal winner, awarded an NCAA Postgraduate Scholarship and became the first Stanford women's water polo player to receive academic All-America recognition from CoSIDA when she was named to the Academic All-America At-Large second team.

She earned her bachelor's from Stanford in science, technology and society with a concentration in innovations and organizations and will be on campus next year to pursue her master's in management science and engineering.

Steffens has twice been recognized as the world's best, winning FINA Women's Water Polo Athlete of the Year honors in 2012 and 2014 in addition to being named Olympic MVP in 2012 and 2016 after gold-medal winning performances with the United States.

She collected her second ACWPC Player of the Year award this season after leading Stanford to its sixth NCAA championship in Indianapolis in mid-May.

In the final against UCLA Steffens forced a Bruin turnover with 14 seconds left and scored the game winner with nine seconds remaining to power the Cardinal to its crown.

Also a two-time MPSF Player of the Year and two-time NCAA Tournament MVP, Steffens led Stanford with a career-high 65 goals this season, tied for the fifth-most in Stanford single-season history, and was third in the MPSF in goals per game (2.50).

Steffens, who is Stanford's only four-time, first-team All-American woman, finished her career third in program history and 20th in MPSF history in goals scored (229).

In four seasons on The Farm, Steffens and the Cardinal went 102-9 overall, 23-1 in conference play and won three national championships.

These local restaurants are donating meals to Bay Area residents in need. Here's how to help.
By Elena Kadvany | 6 comments | 11,058 views

Coronavirus: Plan ahead now for a big outbreak
By Diana Diamond | 18 comments | 4,077 views

Will the Coronavirus Save Lives?
By Sherry Listgarten | 29 comments | 3,848 views