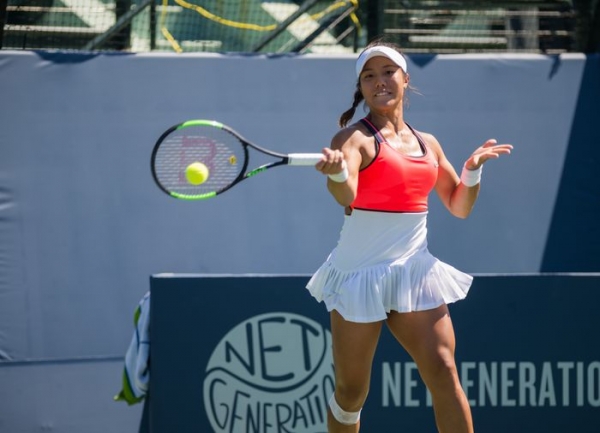 Kristie Ahn has seen "all the pieces starting to come together." Photo by Harjanto Sumali. 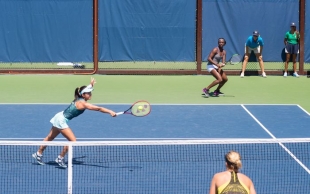 Melissa Lord and Carol Zhao (left) lost in a tie-breaker in their doubles match. Photo by Harjanto Sumali.