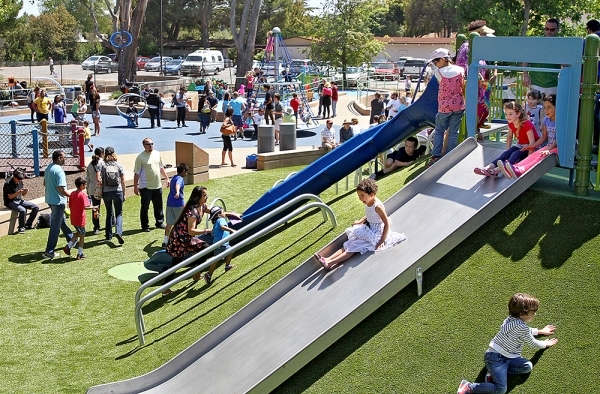 When measure A was put before the voters, Santa Clara County Executive Jeffrey V. Smith said, "We have taken action and made the hard decisions needed to reduce costs. We wouldn’t be asking residents to consider a one-eighth cent sales tax if we had other choices'. There was mention of Law enforcement and public safety, Trauma and emergency room services, Health coverage for low-income children, Economic development and job creation, Housing for the homeless; and Programs to help students stay in school; - but no mention of parks. The list of needs is generic and non-specific and designed to gain everyone's approval - of course, who wouldn't be in favor of such important things, What it really meant was 'Give us more money for anything we can think of' - give us more money to spend on things that don't actually pay for vital services or maintenance.

People wonder governments in deep deficit with tons of unfunded liabilities and we got there. We got there because money is wasted and misspent. Even at a time of massive increases in property tax and fees as a result of record housing prices - and no where has it exploded like PA - and solid retail taxes, there is the county asking for more because they considered every other action, made the hard choices to reduce costs. This is doubtful.

This measure A grabs another half a billion and raises your sales tax to one of the highest in the nation. In return a few parks will get dressed up but most likely much of those funds will go to employees.

From the article: "...calling on local cities, schools and nonprofits to apply for dollars to build more playgrounds accessible to children and adults of all abilities."

Playgrounds for kids is one thing. Why would an adult need one?

Some children have parents dealing with accessibility issues and those parents should be able to access the playground to be with their kids. I think that's what they meant.