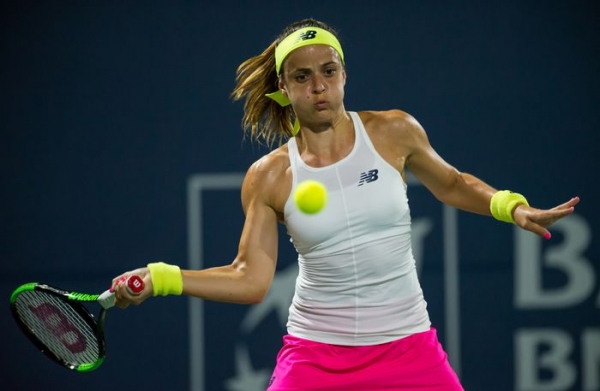 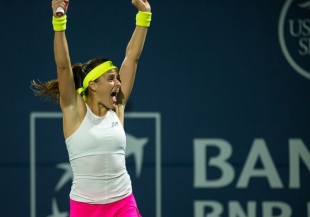 Nicole Gibbs came back from a 2-5 deficit in the third set to beat Junior Wimbledon champion Claire Liu in Monday's first round of the Bank of the West Classic. Photo by Harjanto Sumali.