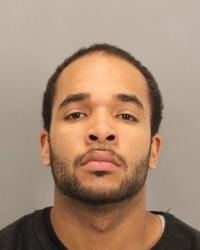 Miguel Angel Rivera Jr., 23, of Menlo Park, was sentenced to 35 years to life in prison for the murder of Christopher Baker on Oct. 5, 2012. Photo courtesy of the San Mateo County District Attorney's Office Bureau of Investigation.

Bad Guy off the Streets. Good Job PD. Good to see murder cases being solved and given consequences for their actions.

Flying: How to lower your impact
By Sherry Listgarten | 10 comments | 2,539 views