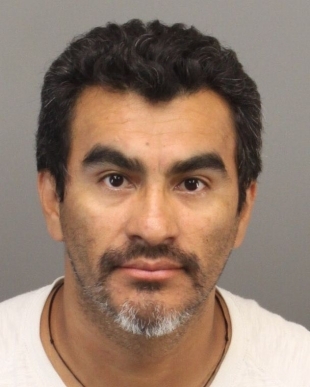 Sending love and strength to the survivors and their families. Your bravery in coming forward has saved more children from being victimized. Thank you.

ImHere is a registered user.


I agree, Sarah. This took an enormous amount of courage. I hope this outcome will encourage other survivors to contact their police departments. Let's get these creeps away from our children.

When these kinds of dastardly events occur, I would imagine that most parents feel a deep sense of guilt and remorse as well. It's as if they betrayed their children's safety and well-being in addition to trust.

It won't be the last time that some teacher, counselor, troop leader, priest et al has violated the rights of a child.

Without getting into an essay on crime and punishment, I will say this:

(1) the venue/business/organization where the crime occurred should also be held liable and financially responsible for any and all violations. Perhaps this will lead to better vetting in the hiring process (though unlikely).
(2) The suspect if found guilty, should serve a maximum prison term and if/when released, be EXTREMELY RESTRICTED to where he/she relocates + be required to periodically check-in/report to parole or law enforcement authorities for the rest of their lives. If being branded with a 'Scarlet Letter' sounds cruel and unreasonable, think about the emotional/mental scars that the child will be enduring for the rest of their lives.
(3) Encourage kids to report anything they perceive as weird or unusual behavior on the part of their adult mentors.

What's with that? Sounds like both were exercising some questionable judgement.

Report Objectionable Content
Email Town Square Moderator
13 people like this
Posted by Tears from Childhood
a resident of Ventura
on Aug 1, 2017 at 12:41 pm

I still have nightmares from an earlier attack that occurred when I was 13 and attending a summer sports camp during the early 1980s. When I reported it to my parents, they looked into it but were told by the organizers that the young man who violated me was from a prominent family and there was no reason to ruin his life from a youthful indiscretion.

His family offered to pay for my college education (which we declined)in exchange for not reporting the incident to law enforcement. My parent's were also told by their lawyer that nothing constructive would ever come out of litigation because we were from a lower socio-economic standing in the community and any lawsuit would bankrupt our family's resources.

I am now in my late 30s and wondering if this attack has anything to do with my 'issues' pertaining to personal intimacy. Upon reflection, here are times when I wish I could just die but I have other responsibilities and obligations to fulfill.

In tearfully closing, I would never want to see this kind of thing happen to anyone. A child or an adult.

Report Objectionable Content
Email Town Square Moderator
8 people like this
Posted by Tears from Childhood
a resident of Ventura
on Aug 1, 2017 at 12:55 pm

In reviewing my post (which I could not edit) I realized that I had mistyped my current age as I am now in my late 40s and approaching 50. Perhaps I'm subliminally still trying to recapture some lost years.

Report Objectionable Content
Email Town Square Moderator
9 people like this
Posted by realitycheck
a resident of Barron Park
on Aug 1, 2017 at 1:25 pm

It must take incredible life courage to publicly stand up and get your abuser charged and convicted. The community owes tremendous gratitude, respect and support to those who are willing and able to face this process.

When abusers finally face charges, it is very unlikely that their actions are isolated. The young adolescent kids in our community often directly know about at least several cases of serious rape and abuse committed against someone in their inner circles or wider social circles just at their own grade level, but they do not feel it is their place to "out" the victim, as often the victim is conflicted by family issues, believing they would be shamed or in trouble if their own actions broke parental rules. In our own community kids live with serious rape and sexual abuse trauma and their parents are completely unaware of it.

When someone is brave enough to step forward and publicly files charges against their abuser, you can be relatively sure that the abuser is a repeat offender. And that they will continue and hone those patterns of behavior against other vulnerable kids.

This is why, truly, the community owes such tremendous gratitude to those brave individuals and their supportive families, and loads of compassion for all those kids who could not find the support to face and press charges against someone who violated their rights and their transitional development from child to adult.

The legal consequences and penalties for sexual predators should be much stronger and lifelong.

Report Objectionable Content
Email Town Square Moderator
4 people like this
Posted by M. Driscoll
a resident of Barron Park
on Aug 1, 2017 at 3:02 pm

"The legal consequences and penalties for sexual predators should be much stronger and lifelong."

Like maybe mass exiled to an island out in the equatorial Indian Ocean or perhaps somewhere in the remote Gobi Desert.

It is very difficult (nearly impossible) to rehab or redirect certain predispositions. If found guilty, the only safe measure to send these individuals packing.

Report Objectionable Content
Email Town Square Moderator
6 people like this
Posted by pearl
a resident of another community
on Aug 1, 2017 at 9:30 pm

pearl is a registered user.

You are correct when you say, "It is very difficult (nearly impossible) to rehab or redirect certain predispositions." I saw this up close and personal during my work career when I booked the same people into jail for similar charges time and time and time again. Even though they'd done prison time for this behavior, they came out of prison and committed the same crimes all over again. This kind of behavior is a "sickness", an "illness". A person with this sickness cannot be rehabed, ever. They will be that way for life. There is no such thing as "rehabilitation" for these people. They should be taken off the streets and sent to prison for many, many years.

Report Objectionable Content
Email Town Square Moderator
2 people like this
Posted by Another Dean
a resident of another community
on Aug 1, 2017 at 11:44 pm

Anytime your under 18 years of age, child is put into an environment where they are in close proximity with an adult, regardless of the sex, you should be present at all times. Especially when there will be close physical contact. This is not the first time, and it will not be the last time we will hear of these occurrances.

A friend of mine whose daughter complained about her karate instructor, when she was 15 years old, began going to every class. He was caught by the mother pushing the girl to have sex. The mother took it upon herself volunteering her body if he would leave the daughter alone.

She still suffers from it, but feels she was justified and that is her consolation. She knows I am aware, and I have told her, not all men would do such things. I also told her that she did protect her daughter and should be commended, but she should have turned it over to the police, to have him pay the consequences for his actions.

Report Objectionable Content
Email Town Square Moderator
3 people like this
Posted by Another
a resident of Adobe-Meadow
on Aug 2, 2017 at 7:30 am

Tears from Childhood, thank you for having the courage to share your sad story. I hope that the increased awareness and reporting of these kinds of horrible incidents these days will help to spare other children from having to going through what you endured.

Report Objectionable Content
Email Town Square Moderator
3 people like this
Posted by A Life in Pieces
a resident of another community
on Aug 2, 2017 at 12:58 pm

I too was attacked by an older mentor who was entrusted by my parents and school authorities during an afternoon recreational music program. I was 15 at the time and he warned me following the incident that no one would believe me if I came forward because he was tenured and a well-respected member of the school community.

When I got pregnant, I was forced to undergo extreme scrutiny and counseling by our church elders who branded me as an incorrigible adolescent. No one (including my parents) wanted to believe me and I was sent off to live with relatives in the mid-west where I underwent an abortion.

Due to complications stemming from the procedure, I cannot have children. While adoption always remained an alternative, I endured two broken engagements after sharing this personal information with my presumed future spouses. Both considered me to be 'damaged goods' and they politely walked away into the sunset.

There have been times when I've cried myself to sleep wishing that I had never been born. Years later, I returned to this area to attend an aunt's funeral and accidently encountered this individual at a shopping center. He immediately recognized me and just smirked. It was so humiliating.

Please do something to protect other young children. They deserve your protection and guidance.


Report Objectionable Content
Email Town Square Moderator
2 people like this
Posted by Sarah1000
a resident of Los Altos
on Aug 2, 2017 at 1:35 pm

Tears from Childhood and A Life in Pieces: San Jose Behavioral Health (Web Link) hosts free lunches each month on different topics related to mental health. August's topic is trauma. Here's the info in case you are interested in going: The Neuroscience of Trauma Lunch and Learn Event, Please RSVP directly to Richa Sandhu: richa.sandhu@acadiahealthcare.com/ 669-400-6220 . Wishing you both peace.

Report Objectionable Content
Email Town Square Moderator
5 people like this
Posted by Lifelong Cynic
a resident of Midtown
on Aug 2, 2017 at 6:59 pm

Now I'm beginning to wonder if some priests and gym teachers choose those professions for easy access rather than devotion to purpose?