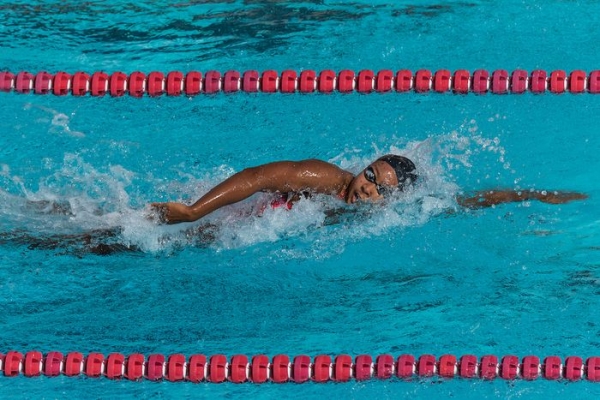 Stanford grad and Olympian Lia Neal swam in the preliminaries of the 4x100 mixed free relay to earn a gold medal in the event. Photo by Bill Dally/isiphotos.com. 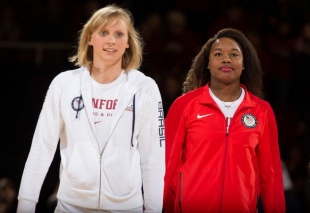