Saving seeds for the future 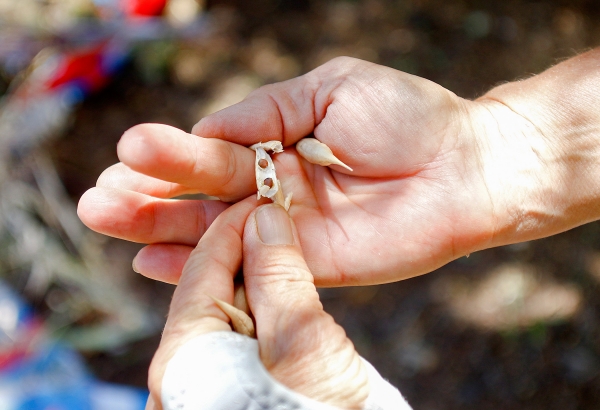 UC Master Gardener Hillie Salo pulls apart seed pods from a radish, revealing the seeds she will save. Photo by Veronica Weber. 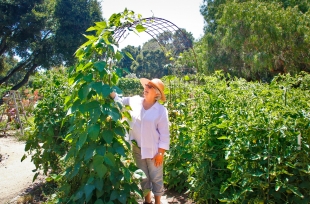