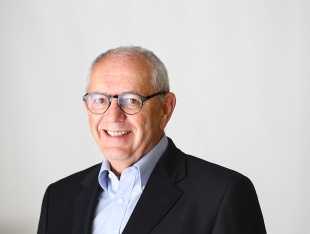 When Don McDougall talks about building a sustainable city -- which is quite often -- he's not just talking about Teslas and solar panels.

For McDougall, a retired CEO of several data-analytics companies, the phrase is both an aspiration and the lens through which he would view all major policies if elected to the City Council. In the broadest sense, "sustainability" refers to something that is "good for the citizens of today and it's good for the citizens of the future," McDougall told the Weekly. The environment is obviously a part of it, he said, but on a more specific level, the term also connotes the city's ability to maintain a healthy economy and provide needed housing and transportation. It means not growing too quickly or too slowly.

On both housing and transportation -- the two most-debated issues of the current election season -- McDougall expresses a higher willingness to experiment than most of his competitors in the race. A fan of Richard Florida, an urban theorist who often writes about the "creative class," McDougall champions the creation of more "gathering spaces." He also firmly believes that the city should rethink some of its traditional assumptions and plan for the changing trends in how people choose to live and get around.

While many with slow-growth leanings oppose new developments on the grounds that these projects harm the local quality of life, McDougall believes this doesn't have to always be the case. If the city pursues sustainable housing and transportation policies, he said, it's possible to have growth without all of its nasty side-effects of more congested traffic, parking, etc.

When it comes to housing, McDougall said he favors evaluating a wide range of options, including accessory-dwelling units, microunits, cluster housing and high-density housing near train stations. He doesn't want to see unsustainable growth, but he would have no problem allowing exemptions to the city's 50-foot height limit to enable five-story housing developments in areas well-served by transit.

"If we really care about housing, we need a city council going in that says, 'Let's evaluate all options,'" McDougall said in a recent interview. "There are lots of things that are 'no' already."

Similarly, when it comes to transportation, he believes that the concept of reducing traffic through a transportation-management association (which would offer incentives such as public transit passes and ride-share subsidies to local employees who forego driving solo to work) "is absolutely workable and can succeed."

Along those lines, he is open to the 60-apartment development recently proposed for the corner at the busy intersection of Page Mill Road and El Camino Real. In terms of experimenting, this project is a twofer: Its apartments are smaller than almost anywhere else in the city (about 500 square feet) and its parking is purposefully insufficient (the idea is that the renters would take transit, bike, etc.). Other candidates, including Lydia Kou and Arthur Keller, see that as a recipe for disaster. McDougall sees the concept as utterly plausible and worthy of exploring.

"I think we have to have some belief that there is a sea change happening and accept that and allow buildings that have less of the overhead expense of parking and other things," McDougall told the Weekly.

A Calgary native, McDougall lived in Boston, near Denver and in Portland, among other places, before moving to Palo Alto 13 years ago. In addition to serving on the Citizens Advisory Committee (and the CAC's Sustainability Subcommittee), he is the vice chair of the Library Advisory Commission and an environmental educator with the nonprofit Environmental Volunteers.

A data junky, McDougall has been one of the citizen committee's leading proponents of measuring and managing -- whether this refers to the traffic problems of a particular development or the cumulative impacts of various developments on the community's quality of life.

"You're never going to control what you don't measure" is how he put it at the August meeting. He doesn't favor a moratorium on office growth as some of the other candidates do, and his moderate views have garnered him support from the likes of former Mayor Larry Klein, Vice Mayor Greg Scharff, Councilman Marc Berman, state Sen. Jerry Hill and Assemblyman Rich Gordon.

McDougall is nevertheless cautious when it comes to office space. He is in favor continuing the city's existing annual 50,000-square-foot cap for office development in downtown, California Avenue and El Camino Real. Currently, the cap is set to expire when the Comprehensive Plan is updated. But McDougall believes the cap should remain beyond that and that it should be supplemented with new "development requirements" that address the impacts of new buildings.

As someone who once ran a company that did data work for the U.S. Census, McDougall loves to bore in on the details of local demographics and plan accordingly. He noted at the May meeting of the citizens' committee that, depending on which projections one uses, the growth in children in Palo Alto in the next 15 years is estimated to be between 0 or 15 percent. That, he said, is very small compared to the growth in seniors, which is expected to be greater than 100 percent.

"Do we need more playing fields for those aging populations?" he asked, in discussing park amenities. "No, we don't need more Frisbee fields for the 80-year-olds."

Then he reverted to one of his favorite themes.

"Maybe we do need interesting, comfortable, attractive gathering places. They don't necessarily need to be just stone benches to sit on but a place that a group of people could logically go with your cohorts, your age group, your bridge club, your chess club," he said. "And if we sprinkled more of those around -- that creates the idea of a gathering place."

3 people like this
Posted by Resident of this community
a resident of Fairmeadow
on Oct 17, 2016 at 7:38 pm

Resident of this community is a registered user.


Speaking as someone who is actually a (voting) resident of this community, and not of another community, I would suggest that developer-focused candidates like Mr. McDougall look elsewhere to densify and urbanize.

Excellent, this is the type of candidate we need in office. The extreme of completely blocking or supporting growth will not work. We need action, experimentation, and to move forward.

These local restaurants are donating meals to Bay Area residents in need. Here's how to help.
By Elena Kadvany | 6 comments | 10,685 views

Coronavirus: Plan ahead now for a big outbreak
By Diana Diamond | 17 comments | 3,772 views

Will the Coronavirus Save Lives?
By Sherry Listgarten | 27 comments | 3,630 views