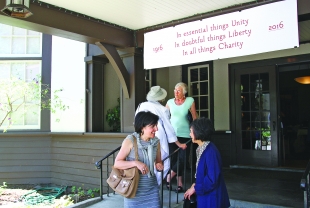 Congratulations on this milestone! At Family & Children Services of Silicon Valley, we feel like an elder, having served Palo Alto with counseling services and more since 1949, and we are glad to have your organization as our elder. Thank you for your ongoing commitment to reaching out to those in need in our community and to providing a place of support and friendship.