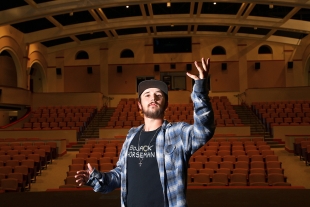 Palo Alto High School graduate Matt O'Reilly poses for a portrait in the new performing-arts center on May 25. O'Reilly did theater during his years at the high school. Photo by Veronica Weber.