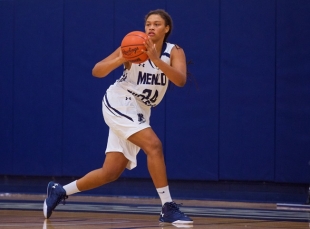 Breanna Turner had 13 points and 12 rebounds in Menlo's victory. Photo by Brian Byllesby/OaksSports.com