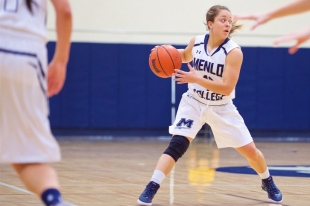 Camille Harris scored seven of her career-high 15 points in the first quarter. Photo by Brian Byllesby/OaksSports.com

What Local Teens are Saying
By Sherry Listgarten | 19 comments | 2,948 views