Nothing secondary about Stanford's defensive backfield 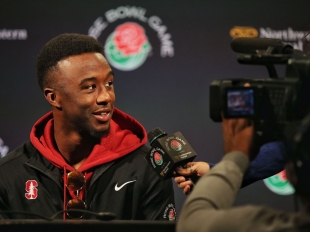 Fifth-year senior cornerback Ronnie Harris was the unofficial spokesman for the Stanford defensive secondary on Monday during a Rose Bowl press conference. Photo by Don Feria/isiphotos.com