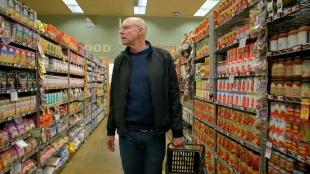 Michael Pollan says it's much better to eat real food such as fruits and vegetables than the "edible foodlike substances" found in grocery store aisles. Photo by John Chater.

Can you Pay to Reduce your Carbon Footprint?
By Sherry Listgarten | 8 comments | 2,117 views

You Can Help: Scents and Migraines
By Chandrama Anderson | 0 comments | 1,861 views