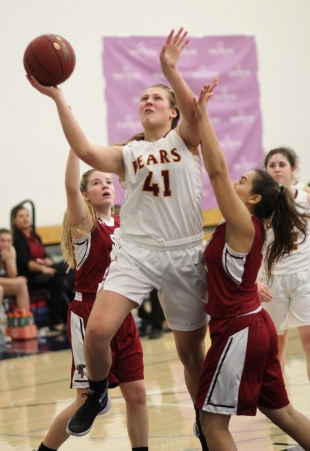 Menlo-Atherton's Greer Hoyem (41) tallied 15 points in a 63-52 win over Sacred Heart Prep in the opening round of the Eastside Prep Coaches vs. Cancer Classic. Photo by Lara Hoyem.

You Can Help: Scents and Migraines
By Chandrama Anderson | 0 comments | 1,686 views