Stanford men wrap up 2015 with hoops vs. Carroll 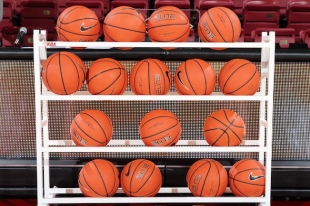 The Stanford men's basketball team closes out both the calendar year and nonconference play on Sunday with a game against Carroll College in Maples Pavilion at 6 p.m.

The contest is the fifth in a season-long seven-game homestand for the Cardinal. Sunday's contest will air live on Pac-12 Networks.

Stanford has won five of its first seven home games of the 2015-16 season and has won eight of its past 10 at home overall. The Cardinal owns a 97-32 record at Maples Pavilion under head coach Johnny Dawkins. Stanford has won at least 10 home games for 22 straight seasons dating to 1992-93.

Quantrill was a Louisville Slugger and Perfect Game Freshman All-American before his sophomore season was cut short due to injury. Prior to the injury, the Port Hope, Ontario, native was 2-0 with a 1.93 ERA last season.

Quantrill and the Cardinal open the season at hom on Feb. 18 against Cal State Fullerton. Season and single-game tickets for 2016 will be available in January as Klein Field at Sunken Diamond completes several enhancements, including a new playing surface, entrance and clubhouse.

A Pragmatic Approach to A Trillion Trees
By Sherry Listgarten | 4 comments | 4,085 views

Singapore's oldest cafe was about to open in Palo Alto. Then, the coronavirus hit.
By Elena Kadvany | 2 comments | 3,701 views

Repairing a Disagreement with your Beloved & “Physical” vs. “Social” Distancing
By Chandrama Anderson | 2 comments | 2,756 views

The University of California’s flexible policies during COVID-19
By John Raftrey and Lori McCormick | 6 comments | 2,679 views