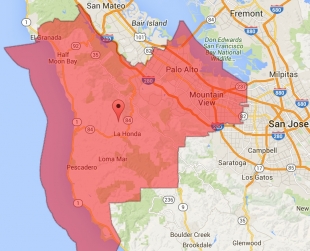 I am a candidate for the 24th Assembly district.
I have filed all the required material.
I am for Integrity, Innovation and Inclusion. No Campaign donations.

We live in beautiful communities and we need to work to help on a few important things.

- reduce airplane noise
- uplift wages $15-20/hour so we can afford to pay high rents
- lower business regulations that are not needed to help businesses
- work to reduce traffic
- No high speed rail; work to improve caltran
- Maintain quality of life and slow or no growth
- work with tech businesses to invest in residential projects
- seek your ideas

Hey "Sea." It is great you have a platform but what are your other qualifications? I see on Ohtaki's Assembly campaign website that he claims to have headed up a "start up" and a "non-profit." What happened to those businesses? What does Ohtaki do - other than rubber-stamp the plans and salaries and benefits of bureaucrats as a part-time member of the Menlo Park City Council?

'Are they ready for fully innovative Indian food?' Ettan arrives in Palo Alto with chaat, caviar and a secret menu
By Elena Kadvany | 1 comment | 3,762 views

Flying: How to lower your impact
By Sherry Listgarten | 14 comments | 2,689 views