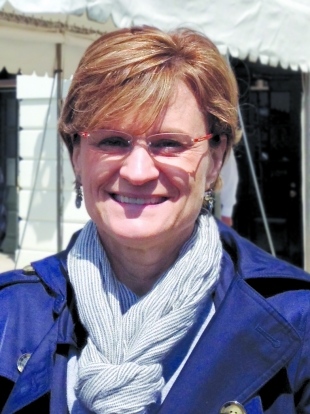 This is shocking. Ms. Meagher was Duveneck's principal for part of the time my daughters attended the elementary school. We knew her not just as a dedicated educator, but also as a good human being. She would frequently wait at the Channing & Heather crosswalk to make sure the kids were safe and to greet us. She always had a smile on her face. And she was accessible and approachable, always ready to listen to parents' concerns. Our thoughts go out to Ms. Dunkin and the rest of Ms. Meagher's family.

In the midst of much controversy in the district, the one thing our community agreed on was the quality of our elementary schools. Deepest sympathies to Ann Dunkin and Meagher's extended family.

As a parent who worked with Kathleen, [portion removed.] She did seem to care about children, however, and was warm and friendly outwardly. Many of her decisions were positive for the children.

Report Objectionable Content
Email Town Square Moderator
13 people like this
Posted by Mixed feelings
a resident of Another Palo Alto neighborhood
on Dec 23, 2015 at 11:08 am

Report Objectionable Content
Email Town Square Moderator
4 people like this
Posted by Midtown parent
a resident of Midtown
on Jan 1, 2016 at 7:08 pm

I had the great privilege of working with Kathleen on a district committee during her last year in PAUSD. As a parent, I thought she was a huge bright spot in the district administration and was sad to see her leave. She was smart, insightful, an amazing listener, and had a real knack for building consensus when there were disparate perspectives. My deepest condolences to Ms. Dunkin and the Meagher family.

Report Objectionable Content
Email Town Square Moderator
18 people like this
Posted by Horrified
a resident of another community
on Jan 3, 2016 at 8:10 am

I'm one of Kathleen's colleagues in Arlington. We miss her terribly and I thought I'd look at the press coverage. Wish I hadn't. I'm astonished that anyone could give themselves the screen name "mixed feelings" when commenting on the death of a 53 year old woman. I'm sure that if you lost your life in a tragic accident you would not expect people to have "mixed feelings" about it. I can only imagine what horrible comments were redacted from your post. And seven likes? And no one calling you on this? What kind of community is Palo Alto? How awful.

Please don't take the callous comments you find here as representative of PA as a whole. There is a whole community of grieving people here who cared deeply for Kathleen as well. [Portion removed.]

Report Objectionable Content
Email Town Square Moderator
5 people like this
Posted by Parent
a resident of Green Acres
on Jan 4, 2016 at 11:35 pm

@Horrified,
I've posted on TS before and had very innocent things redacted that I couldn't understand, where the redactions made the post seem like I'd said something horrible. Sometimes the moderator redacts just for personal details just for privacy reasons. I've even been excoriated myself under that exact situation, where a redacted post made it seem like I'd said something horrible when it wasn't the case.

I think if the comment had been really horrible, the moderator would have taken the comment away completely, I've seen that. I wish you had made your comment to the moderator, because now everyone will interpret the deletion as something horrible. I think the person saying that she had a lot more to give and a lot more life to live means the sentiment was generally good. This is a very sad tragedy, and feel really sad for Ann Dunkin, too.

'Are they ready for fully innovative Indian food?' Ettan arrives in Palo Alto with chaat, caviar and a secret menu
By Elena Kadvany | 1 comment | 3,780 views

Flying: How to lower your impact
By Sherry Listgarten | 15 comments | 2,710 views