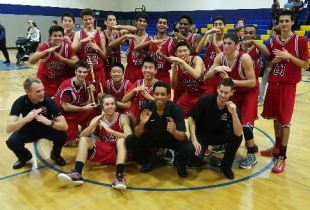 The Gunn boys won their second basketball tournament title of the season with a 69-64 victory over host Prospect in the finals of the Panther Invitational on Friday night. Photo courtesy of Gunn Basketball.