Randall, SHP get a shot at football redemption in state finale 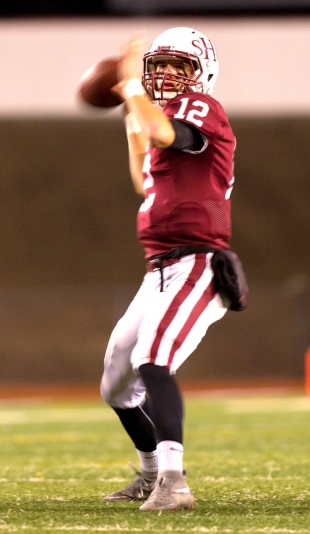 Sacred Heart Prep senior QB Mason Randall, who has thrown for 2,646 yards and 26 touchdowns this season, has the Gators back in a state championship game on Saturday in San Diego. Photo by Al Chang.

'Are they ready for fully innovative Indian food?' Ettan arrives in Palo Alto with chaat, caviar and a secret menu
By Elena Kadvany | 0 comments | 3,553 views

Flying: How to lower your impact
By Sherry Listgarten | 10 comments | 2,490 views