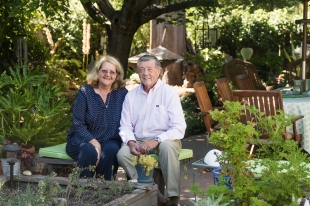 Leslie and Jim Fish moved to the Orchards in 1980 and raised their children, who spent hours with their friends in their backyard. Photo by Veronica Weber.