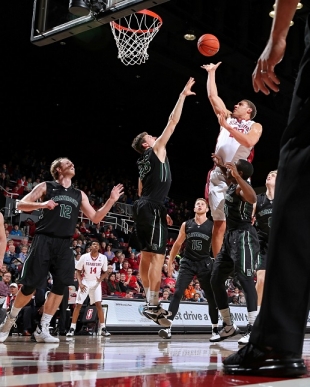 Reid Travis soars above Dartmouth to score. He ended with 14 points and seven rebounds. Photo by Bob Drebin/isiphotos.com