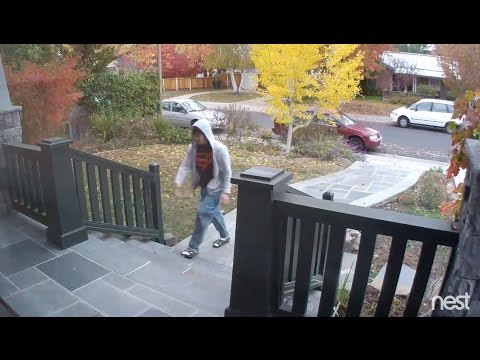 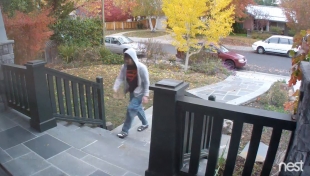 A still image of a man suspected of stealing packages from the front porch on a Palo Alto home on Saturday, Dec. 5. Image courtesy of Palo Alto Police Department.

Can't really see the guy's face in the photo, but the car is pretty clear. We'll be on the lookout.

Someone's child dresses like that at 3:50 p.m. on a weekday.

With the normal clever PAPD work and a little luck this rat will be spending Christmas in jail.
Merry Christmas ... RAT!

How on earth can they identify him/her as "Hispanic" and male?

Rat is the wrong terminology to describe this type of person. A thief, delinquent, or some other type of derogatory rodent/animal name would be more appropriate.

Superman used to be an asset to society. It's sad to see his fall from stature; now he is resorting to stealing packages from porches. Someone should put some Kryptonite into a box and leave it on their doorstep. That'll fix him!