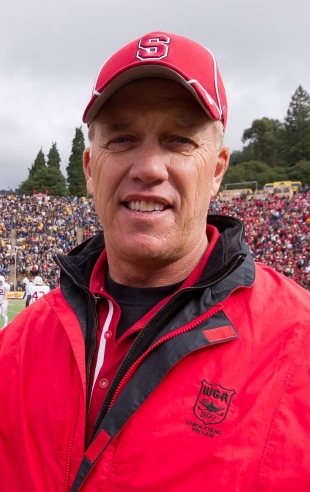 Former Stanford quarterback John Elway has been named the Pac-12 Conference Offensive Player of the Century, as announced by the Conference. Elway was one of four Cardinal to earn a spot on the All-Century team. Photo by John Todd/isiphotos.com


John Elway is still treated as a god by the Bronco's fans. His grin is a trademark.