She makes me feel like dancing | News | Palo Alto Online | 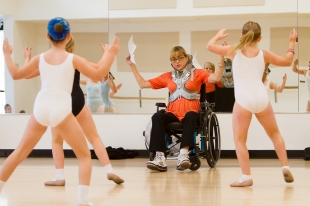 Though she is confined to a wheelchair, director and choreographer Coleen Duncan remains actively involved in dance. This December marks her 11th year directing Dancers Repertory Theatre's "'Twas the Night Before Christmas." Photo by Michelle Le.

'Are they ready for fully innovative Indian food?' Ettan arrives in Palo Alto with chaat, caviar and a secret menu
By Elena Kadvany | 1 comment | 3,780 views

Flying: How to lower your impact
By Sherry Listgarten | 15 comments | 2,710 views