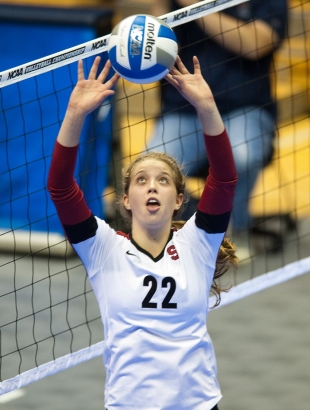 Stanford senior Madi Bugg is the Pac-12 Setter of the Year for a third straight season. Photo by Don Feria/isiphotos.com