Ukropina certainly got his kicks with thrilling effort against Irish 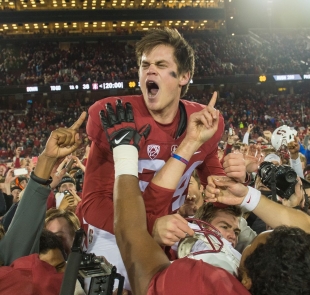 Conrad Ukropina got a celebratory ride on his teammates' shoulders after kicking the game-winning field goal against Notre Dame. Photo by John Todd/isiphotos.com

A real thriller! With games like this in Palo Alto you can't afford to stay home and watch on TV.