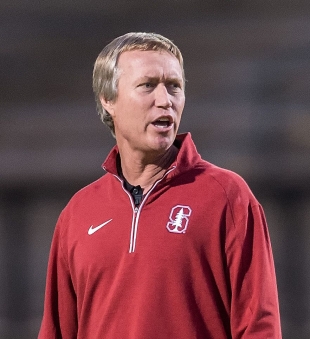 Stanford's Paul Ratcliffe is the 2015 NCAA Pacific Region Coach of the Year in women's soccer. Photo by David Bernal/isiphotos.com