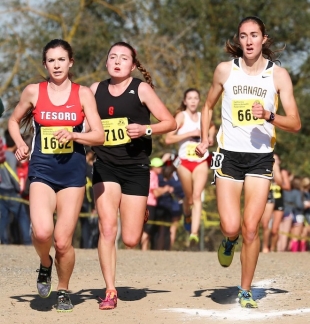 I beg to differ. Given the relative difficulty of the courses, you can't make a straight distance "conversion". On average, the Woodward Park course runs about 15-20 seconds slower than Crystal Springs, although even that is dependent on the individual runner.

Regardless, it was a fantastic run by Ms. Meeks and quite an impressive improvement from last year.

Report Objectionable Content
Email Town Square Moderator
2 people like this
Posted by XC Historian
a resident of College Terrace
on Nov 28, 2015 at 10:39 pm