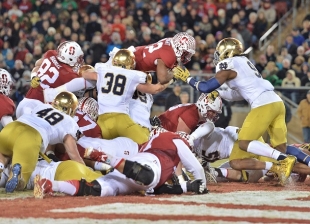 Remound Wright caught a 1-yard TD pass and also rushed for a touchdown. Photo by isiphotos.com