Giving thanks, getting laughs 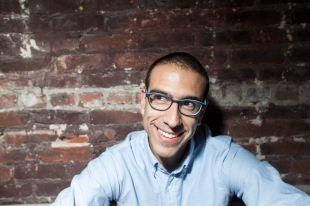 Nathan Habib, host of the Applesauce comedy show in San Francisco, will return to his alma mater, Gunn High School, for a stand-up show on Friday, Nov. 27. Photo by Felix Jr U.

You Can Help: Scents and Migraines
By Chandrama Anderson | 0 comments | 1,687 views