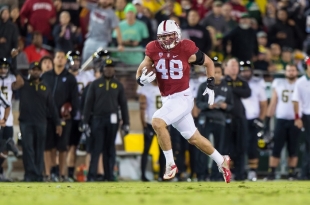 Notre Dame footballers are so desperate to win that they will try to injure key Stanford players. Watch out.

Sanford will win in one of the greatest upsets of the year!

@dennis -- Stanford is actually favored by 3 points in this game, so it won't be one of the greatest upsets of the year.