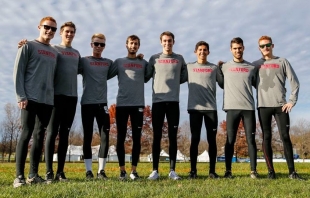 The Stanford men finished third at the NCAA Cross Country Championships on Saturday in Louisville, Ky. Photo by Spencer Allen/SportsImageWire.com

Flying: How to lower your impact
By Sherry Listgarten | 10 comments | 2,529 views