Students learn about and explore the natural world during educational expeditions 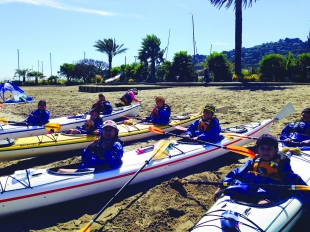 Beechwood students smile in their kayaks during their outdoor-education trip. Photo courtesy of Beechwood School.

What a fantastic program! Bravo to everyone involved.