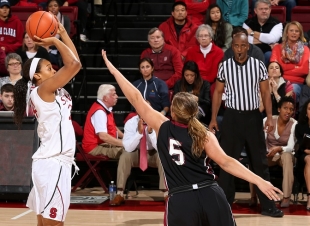 Erica McCall recorded a double-double with a career-high 23 points and 13 rebounds. Photo by Bob Drebin/isiphotos.com