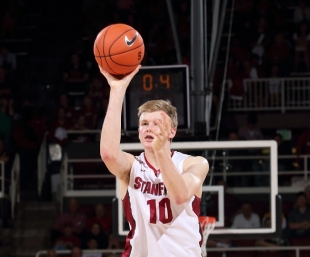 Michael Humphrey had 13 points and 12 points, with a blocked shot, against the Buccaneers. Photo by Bob Drebin/isiphotos.com