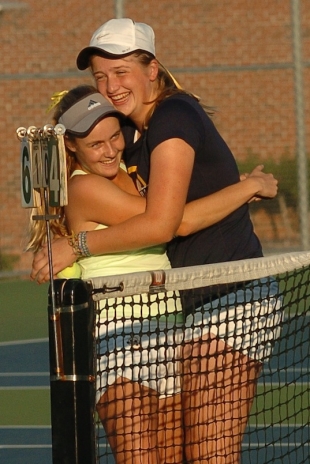 How great to see that the Menlo girls chose to play with their team instead of an outside tournament. That decision shows real pride in their school and respect for their teammates. Too bad the Gunn players didn't make that same decision, as I think they had a real chance to win as well.