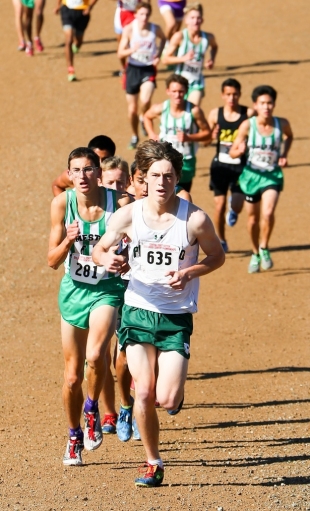 Palo Alto junior Kent Slaney (635) leads the pack up the hill toward the one-mile mark at the CCS Championships on Saturday. He held on to his lead to win the Division title. Photo by Malcolm Slaney.

'Are they ready for fully innovative Indian food?' Ettan arrives in Palo Alto with chaat, caviar and a secret menu
By Elena Kadvany | 0 comments | 3,530 views

Flying: How to lower your impact
By Sherry Listgarten | 10 comments | 2,470 views