Stanford turnovers too much to overcome in loss to Ducks 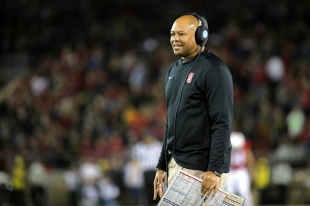 who is vincent adams?

Like this comment
Posted by Peachtree High School Gtad
a resident of University South
on Nov 15, 2015 at 1:41 pm

If Graham Schuler was left in on those 4th down plays the snap to Hogan would have been clean. I can't believe this happened twice.